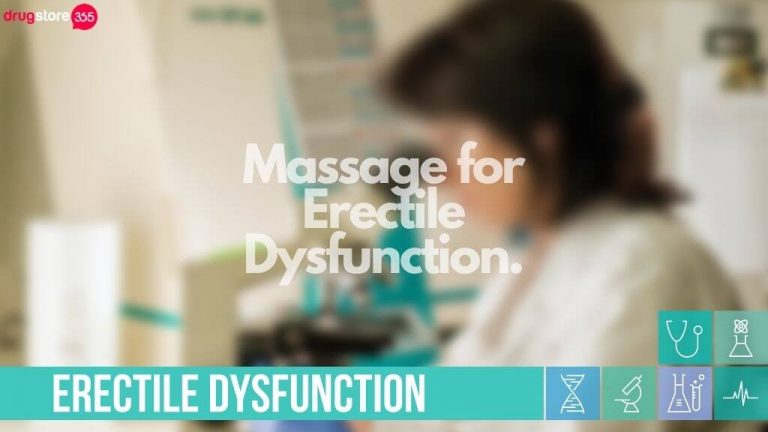 Erectile dysfunction is one of the most misunderstood and least talked about conditions for men there is. It’s often dismissed as a joke, but ED is a very real condition that involves a variety of treatments.

More than medication, relieving one of stress and anxiety is another method, and this can be done through massages.

Traditional methods of treatments of ED have been including acupuncture and herbalism, but massages are also a way to alleviate erectile dysfunction (1).

Similar to acupuncture, massages put pressure on certain parts that help relax the muscles. This can help stimulate the penis to help it better respond during sexual intercourse.

It can also help unblocks your system and improves blood flow all over your body. At the same time, massages can help get rid of infections and fluids in the bother that are preventing you from getting the proper stimulation for an erection.

There are several different kinds of massages that can be used to treat erectile dysfunction.

One popular kind of massage that is recommended for ED is the Jelqing exercise. This is an old Arabic practice of penile massaging. What they do is wait for their penis to be half erect, and then, with their hands, proceed to stretch it out.

Most call this ‘milking’ it, and the motion is mostly like rolling out your penis. The practice starts at the base and goes all the way up to the head.

The logic behind it is that Jelqing can stretch out and lengthen your penis, making it more ideal for sexual intercourse. It supposedly improves thickness and length by creating micro-tears that become more enlarged as they heal.

You can do this every day, but doing so too often can be uncomfortable and create bruising (2).

Things to Include to Your Massage

There are actually other methods or treatments that you can use to complement your massages.

An example of them is the Qigong, which is a type of ancient Asian breathing technique. It is said that it can also help with erectile dysfunction.

When you think about it, deep breathing is often used as a way to calm and relax a stressed out or anxious patient. It makes sense then that breathing exercises alongside massages can further boost its effect.

Essential oils are another way you can enhance your massages. They are potent chemicals that carry tons of nutrients that stimulate and ease tension in the muscles. You can put some oil on your hand while you massage your erection.

Note, however, that these chemicals are pretty strong and should not be used directly over the skin, especially one as sensitive as the penis. Dilute them first with a base oil before applying on anything physical.

While the effectiveness of this treatment varies per person and the reason behind their erectile dysfunction.

A study found that pairing massages with antibiotics can yield positive results.

In the study, the patients had prostate massages three times a week and were asked to take in specific empirical antimicrobial therapy for six to twelve weeks.

As expected, the results were mixed. Around 40 percent experienced more than a 60 percent decrease in symptom severity, and it continued by the fourth month to the second year (3).

Overall, the findings were inconclusive but showed potential improvements. Hopefully, additional studies can further support and supplement this.

In sum, erectile dysfunction is a rather complex problem. Unlike most medical issues, this one can have a variety of different treatments.

Physical therapy is just one part of it. Massages for erectile dysfunction are an old practice that has been used for years.

They work best when accompanied by modern medication as well as all-natural remedies such as essential oils and breathing techniques.