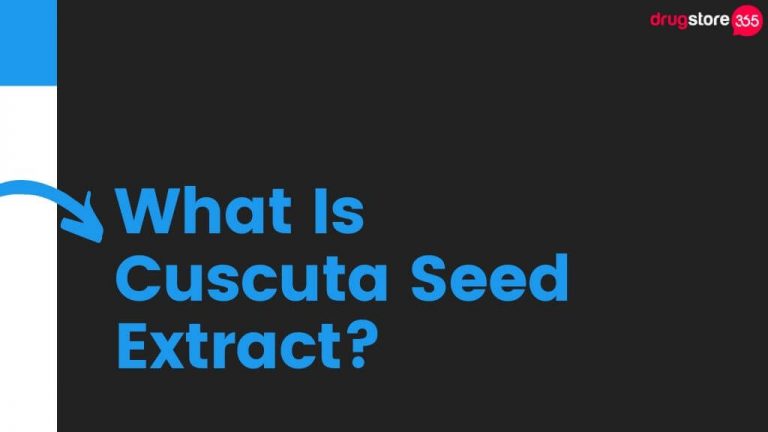 Cuscuta is a thread-like plant that is somewhat parasitic. It is usually yellow, red, or even orange. It can be found in many temperate as well as tropical regions.

It doesn’t survive in colder temperate climates. That is why there are only four native species of this plan in Europe.

It is primarily used as a form of herbal medicine in China and the rest of Asia.

Cuscuta is one of the ingredients used in VigRX Oil.

Dodder or Cuscuta can be identified as a thin and slender but leafless grass stems that tend to wrap around other plants.

Yes, they don’t have leaves, and that is why they are considered as parasitic plants. They depend on other plants for nutrition. Well, technically they do have leaves, but they have been reduced to tiny scales.

They form their fruits starting from mid-summer to early autumn. These vines start by creating clusters of small flowers that then turn into fruit. The seeds of these fruits are then gathered and extracted as herbal medicine.

The flowers and the fruits take on the color of the plant. Remember that the plants vary in color depending on a variety of conditions. The seeds are rather small; however, they are produced in massive quantities.

The seeds are hardy, which is why a lot of governments are wary of them. They aren’t called “strangle weed” for nothing. They can choke out the life out of plants. That would be devastating if the plants in question were crops.

As stated earlier, the seeds of the dodder plant are hardy. That means they have a hard protective layer shielding them from harm from the environment.

These seeds are so hard that they can survive on the soil or any other surface from 5 to 10 years. They can survive and eventually germinate if they come in contact with the soil. Note that the Cuscuta seeds are usually situated near the soil.

However, do take note that for a Cuscuta plant to survive after germination, it has to attach itself to another plant as soon as possible. Remember that it has no features that will help it produce its food—thus they parasitize other plants to survive.

Use as Folk Medicine

The Cuscuta seed extracts have been used in China as a kind of herbal medicine for centuries. Its extracts are used to formulate tonics which are then used to treat several ailments.

It is known as the Jing and Chi tonic after preparation. In Asia, it is used by local folks as an anti-inflammatory drink. Folk herbalists also use it to help patients with sperm health.

Note that dodder seeds are considered part of what is known today as the Ming Dynasty Seven Treasures herbal formula.

In their ancient records, it is known as the Tu Si Zi (Mandarin). This herbal formula is said to be used in the old days as a kind of vitality tonic. It is said to rejuvenate the body, and it is touted to have anti-aging effects.

Cuscuta seed extract has several alleged health benefits, which include the following:

Medical Studies That Support the Use of Cuscuta Seed Extract

We can say that modern medicine is only catching up to the ancient medicinal practices to a certain degree. Several studies suggest or confirm its medicinal properties.

We have listed a few of them below:

Premature ejaculation is a pretty common sexual dysfunction among men. It can happen to anyone regardless of race, geographic location, medical or physical condition, and age.

It is defined as ejaculation without control, and it can be very disappointing and worrisome to men. Several treatment modalities are being used for this condition.

One of such ways is through natural herbal treatment. Some of the herbal ingredients that have been getting a lot of attention about treating premature ejaculation include ginseng root, Pauma bark extract, ginkgo Biloba, epimedium, and of course Cuscuta seed extract (2).

Cuscuta seed is also believed to have immune enhancement effects. Note that there are several variants of Cuscuta plant.

In one study back in 2003 tested all of the variants of dodder seeds that can be found in Shandong Province in China, since it is an endemic plant in the area.

They used both water and alcohol extracts for comparison. All four kinds of dodder seeds were tested. The studies confirm the anti-fatigue and autoimmune boosting capabilities of the extracts of this plant.

However, do take note that the tests were performed on rats and other lab animals. No human trials were conducted.

That means the theorized effects can only be highly suggested as effective. More clinical trials need to be performed to confirm the findings of this test.

But the results do strongly recommend that the presence of autoimmune boosters in Cuscuta seed extracts (3).

In another study, it has been found that whey protein can be mixed with Cuscuta seed extracts, which can be used as an effective treatment for dermatitis (4).

Another study involving Cuscuta Chinensis seed extracts in 2014 suggests that this herb/plant contains compounds that have anti-inflammatory effects (5).

Again, this study was conducted with lab animals as test subjects. They do prove the presence of these compounds, but it is not yet sure if they will have the same beneficial effects on human test subjects.

Although a lot of other clinical trials need to be performed to confirm the findings cited here, we can say that dodder seed extracts can be a potential treatment for a variety of conditions mentioned here.

Nevertheless, you should first check with your doctor before using it in either powder or liquid form.