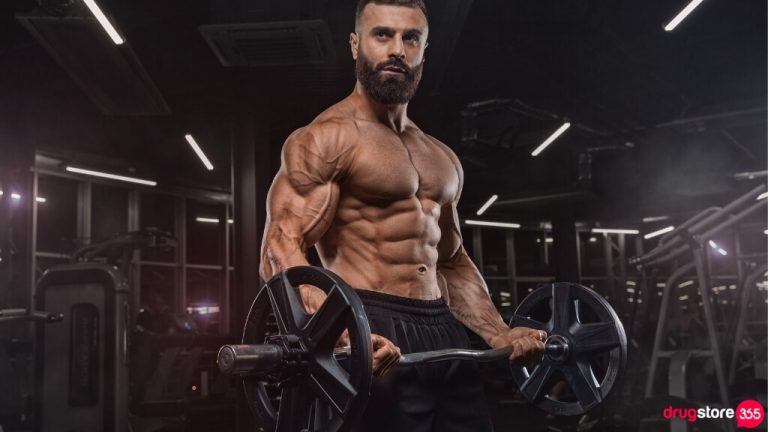 What are the benefits of Cialis and bodybuilding?

Specifically, does the drug make it easier to build muscle?

Well, in a way, it does—but unfortunately, things aren’t as simple as many would want.

Cialis (aka tadalafil) is used mainly for treating erectile dysfunction or enlarged prostate, but it’s sometimes used for bodybuilding as well.

If you want to know whether the drug’s benefits are worth its risks, then this article is for you.

The Honest Facts About Cialis

Cialis improves male sexual function by encouraging more blood to flow into the penis to initiate and maintain an erection.

It can help relieve the symptoms of having an enlarged prostate such as difficulty in starting a urine stream, weak urine flow, and frequent urination. It does this by relaxing the muscles in the bladder and prostate.

Cialis is not prescribed for bodybuilding, but some bodybuilders have reported that it helps them work out better. Thus, many became curious as to whether it is effective for physical fitness.

How Cialis Is Used

The doctor will prescribe a dosage of Cialis after considering your medical conditions, responses to treatment, and other substances or medications you are taking that may interact with the drug.

Cialis is taken by mouth once a day, and you shouldn’t take it more than once to avoid side effects (more on this later).

To treat erectile dysfunction, Cialis is taken once daily or 30 minutes before having sex.

Cialis is likewise taken once a day to manage benign prostatic hyperplasia (BPH) symptoms. However, if you’re taking another BPH drug such as finasteride, you may be instructed to stop taking the Cialis.

If Cialis is used for bodybuilding, it should be taken before working out and not after. This is because the drug itself does not cause muscle gain, but it only makes you more capable of exercising.

Starting doses for one-time use are often at 10 mg a day, but it may be doubled or halved depending on the results.

For daily use, the recommended amount is 2.5 to 5 mg a day. Tadalafil boasts to be the first erectile dysfunction drug that has been approved for daily dosing (1).

Since an impaired kidney or liver may prevent the proper elimination of medication, those with a reduced liver or kidney function must take lower doses (2). People taking other medicines that amplify the amount of tadalafil in the blood must not take more than 10 mg within 72 hours.

Benefits of Cialis and Bodybuilding

Cialis works like testosterone. Those who take Cialis tend to experience an increase in stamina and energy. However, not all people exercise longer when using it (3).

As revealed in animal experiments, tadalafil has the potential to protect the heart, reduce inflammation, and improve blood sugar levels although this hasn’t been proven yet in humans (4).

Although Cialis and Viagra are both phosphodiesterase-5 (PDE5) inhibitors designed to treat erectile dysfunction, Cialis lasts longer than Viagra.

Cialis can cause penile hardness for a maximum of 72 hours, while Viagra can do the same for up to 12 hours only (5).

Since Cialis’ primary purpose is to cause an erection, you may have one when you are working out. Because of this, you may need to cover up to avoid unwanted attention.

Cialis and other PDE5 inhibitors are not generally recommended for women and are to be used only as a last resort to treat female sexual arousal disorder (6).

Cialis may create a feeling of euphoria and an increased motivation to exercise. If users are not careful, they may take higher or more frequent doses than what is safe, making them more vulnerable to side effects.

Cialis may cause the following common side effects:

Other rare side effects are as follows:

Again, Cialis may interact with other medications and cause undesirable consequences.

For example, it can amplify nitrates’ ability to lower blood pressure and increase heart rate, possibly triggering a heart attack.

Taking Cialis with alcohol may cause a severe lowering of blood pressure. This combination may cause headaches, dizziness, and a rapid heartbeat as the heart tries to compensate.

Cialis and other PDE5 inhibitors may impair platelet function and cause prolonged bleeding. Because of this, Cialis is not advised for those with ulcers or bleeding disorders.

Perks of Cialis on Fitness: The Bottom Line

In conclusion, Cialis is beneficial to those who have the conditions it’s designed for—namely, erectile dysfunction and enlarged prostate.

Having an increased motivation to work out is just a pleasant side effect of the drug.

Also, taking Cialis only to increase muscle mass may cause disappointment because it doesn’t directly cause muscle gain.

Before taking Cialis for bodybuilding, here are some things you need to do:

Do you still have questions about the benefits of Cialis and bodybuilding?

Please leave it in the comments below!