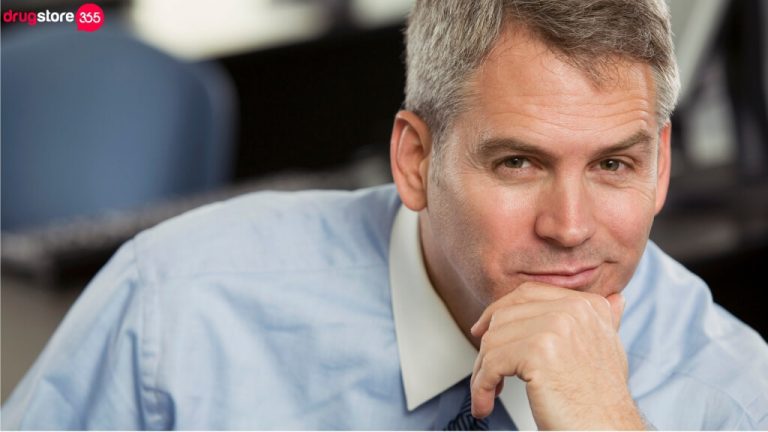 Does Cialis increase testosterone levels? How does it work? What are the side effects?

For people who are suffering from low testosterone levels or those who want more of this hormone in their system, these are the usual questions being asked.

We understand how important those questions are—and so, in this article, we’re going to give you the answers you’ve been searching for, in the simplest possible way.

Cialis is one of the more popular successors to Viagra. Cialis’ generic name is tadalafil, while Viagra’s is sildenafil. Both are drugs intended to be used for treating erectile dysfunction or ED (1, 2).

Viagra was initially developed to treat patients with chronic high blood pressure, being a phosphodiesterase type-5 (PDE5) inhibitor. PDE5 is an enzyme that influences the relaxation of blood vessels.

Cialis is also a PDE5 inhibitor, but it’s more selective than Viagra, making it a more effective treatment for ED (3).

How Does It Work?

To understand how PDE5 inhibitors work, it’s necessary to be familiar with the process of male erection.

Sexual stimulation increases the levels of nitric oxide or NO in the male body system. NO is necessary for the relaxation of smooth muscles (vasodilation), which leads to increased blood flow (4). An increase in blood flow leads to a more successful erection.

When PDE5 is inhibited, cyclic guanosine monophosphate or cGMP does not get broken down. This, in turn, means that NO levels are kept high in the penile area, leading to sustained vasodilation as well as a stronger and longer erection.

Testosterone is the primary male hormone. It’s the one responsible for muscle building, which is the main reason why it’s easier for men to build bigger muscles than women.

An increase in testosterone levels is also responsible for an increase in libido. This is true to both men and women (5).

That’s why an increase in testosterone levels is also essential for treating ED patients. The erection should come with increased sexual desire.

It has been observed that the lack of sexual activity caused by ED might be associated with low testosterone levels.

After 12 months, the subjects were found to have a significantly improved testosterone to estradiol (the primary female hormone) ratio. The men also reported increased sexual activity due to stronger and more sustained erections.

Although Cialis was explicitly developed to treat ED through PDE5 inhibition, this study shows that it also increases the testosterone levels in the body and, at the same time, reduces the female hormone.

Cialis has also been found effective in treating patients with low testosterone levels due to metabolic syndrome. This type of condition leads to a significant decline in the male hormone in the body.

In a study, 40 male subjects who were diagnosed with metabolic syndrome were given 5 mg of tadalafil once daily for 90 days (7). The goal of the study is to determine whether tadalafil can help treat people with this condition and, at the same time, evaluate erectile function.

At the end of the study, baseline testosterone levels were significantly increased in all subjects with differing effects, mainly due to the different types of metabolic syndrome they were diagnosed with.

Other studies are supporting the fact that Cialis has a positive effect on testosterone levels.

What Are the Side Effects?

Although Viagra was successful in treating erectile dysfunction, it has some significant and sometimes even fatal side effects. Cialis was designed to be a more selective drug, making it a safer yet more accurate ED treatment.

When a drug is selective, it’s more focused on doing what it’s supposed to do and very little of anything else. Still, Cialis is not perfect. It has some side effects that may include:

The side effects are very minimal, according to patients, and can be well-tolerated.

Does Tadalafil Boost T-Levels? It does!

Although Cialis is marketed as a treatment (as the cheaper generic alternative, BlueChew) for people suffering from ED, recent studies show that it can also increase testosterone levels while regulating estradiol levels.

This can be an essential benefit for those people who want to use Cialis for the sake of building bigger, leaner muscles. Likewise, men suffering from low testosterone levels due to metabolic syndrome may actually benefit from the medication.

So, does Cialis increase testosterone levels?

Based on recent studies, it seems to be capable of achieving such a feat. If you have any questions about this ED drug, though well, don’t hesitate to let us know through the comments section.