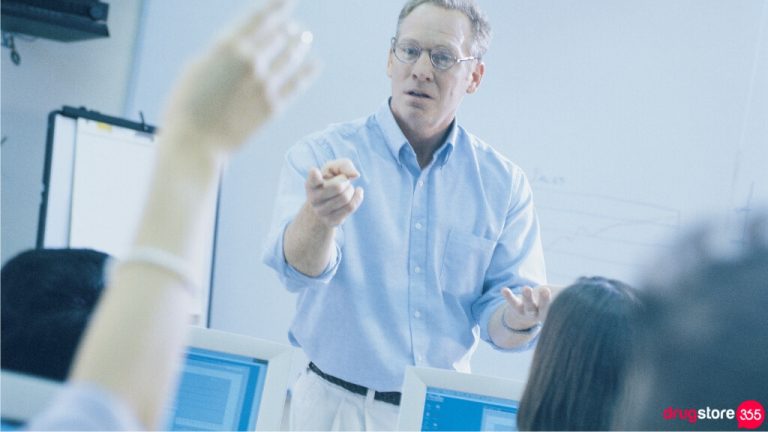 Does Cialis make you bigger? Is it the right erectile dysfunction (ED) medication for you? What about its safety? Those are some of the most common, and arguably most important, questions about the drug.

Well, if you’re thinking of taking Cialis, it’s important that you learn the answers to those before even visiting your doctor. Let’s start by uncovering the basics about the pill.

How Does Cialis (Tadalafil) Work?

People with ED have a low supply of blood to their penis, even when they’re exposed to sexual stimulation. This is due to the action of an enzyme called phosphodiesterase type 5 (PDE5) on cyclic guanosine monophosphate (cGMP) (1).

Cialis can inhibit cGMP’s action, allowing more blood to flow into the penis, specifically to the corpus cavernosum. When the penis receives sufficient amounts of blood, erection should easily follow.

It’s likely that you’ll have to start with the 10 mg tablet, which you should take prior to sexual activity. Based on efficacy and tolerability, the dose may be decreased to 5 mg or increased to 20 mg.

For once-daily use of Cialis for ED, the recommended dosage is 2.5 mg. You must take it at around the same time each day, regardless of what time you want to have sex with your partner.

Cialis, if taken as needed, however, can improve penile function for up to 36 hours. This is its biggest advantage over its competitors. Doctors are advised to emphasize this fact when prescribing it to patients.

What Are the Common Side Effects?

The ones most often reported are dyspepsia, back pain, headache, myalgia, flushing, nasal congestion, and pain in the limbs.

In a study, it was discovered that headache is the most common side effect, affecting about 16% of the participants (2). This is followed by dyspepsia at 11.8% and by nasopharyngitis at 11.4%. The next one is back pain, which was experienced by 8.2% of the participants.

Are There Known Contraindications?

The findings of a study that assessed the effects of Cialis on the cardiovascular system suggest that the drug is safe for use even by patients with cardiovascular conditions.

However, as in the case of Viagra, Cialis is contraindicated in men who are under nitrate therapy due to the potential for hypotensive effects (3).

Serious hypotensive effects may also be experienced by people who are using a guanylate cyclase (GC) stimulator.

What about the issue of an overdose?

The company behind Cialis claims that overdose with the drug is rare. According to them, some patients even received 500 mg in single doses, and multiple daily doses of 100 mg have also been given to other patients.

Adverse events for those who received higher doses are just the same as the ones who received lower doses. Also, according to the pharmaceutical firm, hemodialysis cannot significantly eliminate tadalafil from the blood.

Who Else Can Benefit from Cialis?

Aside from people with ED, benign prostatic hyperplasia, or pulmonary arterial hypertension, those suffering from premature ejaculation or lower urinary tract symptoms may benefit from Cialis.

In a study, it was found that a daily dose of 5 mg Cialis is a good treatment regimen for people with both ED and lower urinary tract symptoms (4). It also showed that tadalafil can prolong ejaculatory latency time.

What effects does the drug have on the body if used in the long term? In a 24-month study done on 493 men (ED treatment), no consistent pattern of serious adverse events associated with Cialis was recorded (5).

Tadalafil uses in 5, 10, and 20 mg doses were deemed safe for up to 24 months. The researchers concluded that the drug is well-tolerated and is safe to use for long-term clinical management of ED.

This does not mean, however, that you can use the drug regularly for up to 24 months nonstop. It is important that you have regular medical checkups to assess risks and tolerability.

Does Cialis Make You Bigger?

There are no clinical studies suggesting that Cialis (or even Viagra) can make one’s penis bigger. It’s to be expected though since the thing to note here is that both of these drugs can only improve erections. They only inhibit PDE5, which in turn increases blood flow.

If you’re serious about increasing your size while fighting ED, you might have to rely on other means. However, note that pills with a size-enhancing effect are often scams and don’t work at all. Likewise, contraptions are usually rather dangerous—some have gotten their penises disfigured.

Don’t be drastic with your decision to rely on both penis enhancement methods and ED medications at the same time. Talk with your doctor first, especially if you’re considerably worried about your penis’ size.

As it seems, body dysmorphic disorder (BDD) also affects men (6). It’s a problem where the ones affected fixate on both their real and perceived flaws. They ponder upon such things for hours and on a daily basis.

Cialis is a PDE5 inhibitor and using it can only cause blood to flow into the penis, particularly when there’s sexual stimulation involved. There are no size-enhancing effects that you can get from this drug or from any other PDE5 inhibitor (e.g. avanafil and vardenafil).

The best thing about Cialis is its ability to improve penile function up to 36 hours after taking a dose. Studies have also established the ED drug’s long-term safety and high level of tolerability—even among men afflicted with cardiovascular conditions.

We hope we cleared things up for anyone who’s asking “does Cialis make you bigger?” or any other common question about the popular ED drug.

If we missed anything, we invite you to post in the comments section below. We’ll try to give you a reply as quickly as possible.