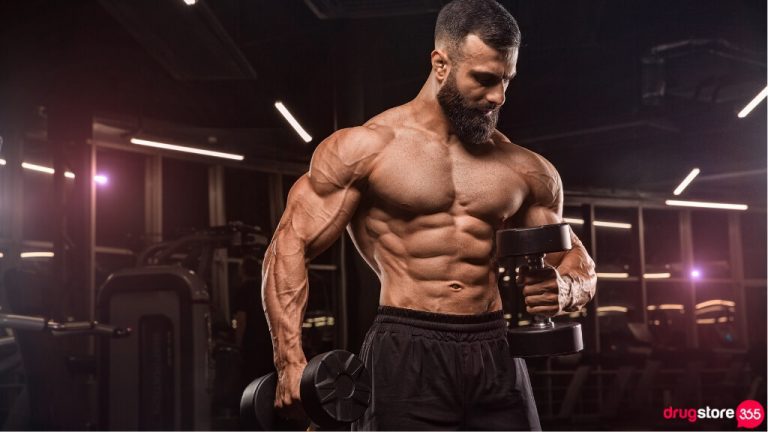 Lately, tadalafil (Cialis) has been making some noise in the athletic field, particularly in bodybuilding. Tadalafil and bodybuilding supposedly go well together, as the drug helps increase lean muscle faster.

But is this backed by science? Can you really use tadalafil for bodybuilding? In this article, we’re going to answer those questions about this intriguing trend.

But What Exactly Is Tadalafil?

Tadalafil is a drug intended to treat people suffering from erectile dysfunction or ED (1). Like its older sibling, sildenafil (Viagra), tadalafil is a PDE5 inhibitor.

PDE5 is an enzyme that controls the relaxation of smooth muscles, mainly in the penile area. PDE5 inhibitors block this enzyme allowing the muscles to relax, improving the blood flow to the penis, and inducing harder and more sustained erections.

Tadalafil and Bodybuilding: ED Isn’t Part of the Equation

Recent studies are showing that these PDE5 inhibitors can be used beyond ED treatment. Tadalafil has been proven to increase testosterone levels, balancing it with estradiol (2). PDE5 inhibitors may also help lessen the risk of heart disease and stroke (3).

When it comes to bodybuilding, the drug offers three important benefits:

This is the primary goal of all bodybuilders and all of those who want to keep fit—to get big without getting fat. Building muscles require the consumption of huge amounts of calories, particularly during the bulk-up phase.

There are supplements that may help you burn fat but these are usually loaded with stimulants like caffeine in very high doses. These can be bad for your nerves, giving you the jitters.

A study was made on 43 male subjects who are non-obese to find out the effects of tadalafil on improving lean muscle mass. The mean age of these men was 48.5 and the mean BMI was 25.5 (4).

The subjects were randomly given 5 mg of tadalafil per day or 20 mg on-demand for 60 days. They also were provided standard caloric intake depending on their BMI.

They showed an increased lean mass, particularly in the abdominal area. What’s more, the lean mass returned to baseline two months after withdrawal from tadalafil, proving the effectiveness of the drug on increasing lean muscle mass.

The scientists who did the study speculated that this effect might have been caused by improved insulin secretion and the reduction of estradiol. And so, tadalafil might also be beneficial for those suffering from diabetes or hormone imbalance.

It’s the ultimate bodybuilder’s nightmare—losing what you’re trying so hard to gain. The anabolic process means gaining muscles, while its counterpart is the catabolic process wherein your body undergoes muscle wasting.

Although there are no studies made yet on tadalafil’s effect on muscle loss, recent discoveries show that this drug can help prevent muscle ischemia—a disease that causes muscle loss due to severely decreased blood flow (5).

The study was made on male subjects with muscular dystrophy. They were given 20 mg tadalafil daily for two weeks.

The subjects showed improved muscular function after the treatment, and the researchers attributed this to the increased blood flow caused by the PDE5-inhibiting action of tadalafil.

#3 Raises Levels of the Male Hormone

Testosterone is the main male hormone. It’s the one responsible for building muscles and the reason why there are so many testosterone-boosting supplements out there for bodybuilders.

But is an increase in testosterone enough? Men also produce estradiol in their bodies. Estradiol is the main female hormone and too much of it prevents testosterone from doing its job.

A study was made on the effects of tadalafil in increasing testosterone and decreasing estradiol levels (6). They noted that a decrease in testosterone is one main cause of ED.

Twenty subjects in their late 40s to early 60s were given 10 to 20 mg of tadalafil on demand for a period of one year. After the study period, tests on the subjects showed improved testosterone-to-estradiol ratio.

Physical Fitness and Tadalafil: The Verdict

Can you use tadalafil for bodybuilding?

Studies show that this PDE5 inhibitor might have more tricks under its sleeve than just treating ED. It offers benefits that can help bodybuilders gain lean muscle mass and prevent muscle loss.

However, we have to remind you that these perks haven’t been thoroughly assessed yet. Particularly when it comes to safety and dosing, there’s still limited information—which in turn highlights the need for caution when using the ED drug for physical fitness.

Tadalafil and bodybuilding may seem like a good match, but there are many questions that remain unanswered. If you have something in mind or you’d to share your thoughts, just leave a comment below.