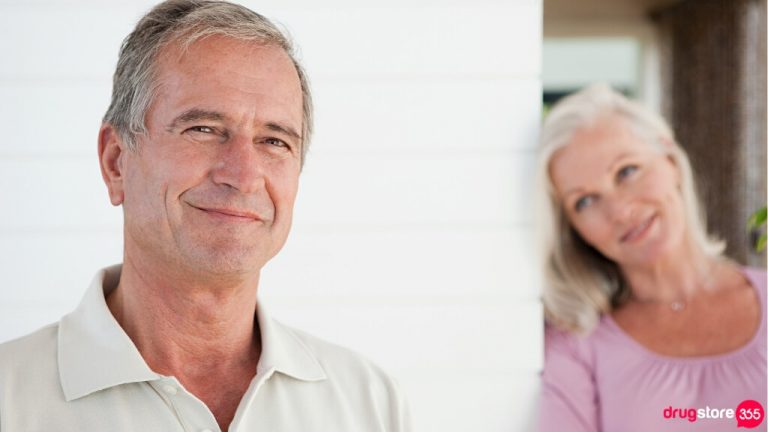 Like many others, you’re probably wondering about where to buy Cialis. As you search for ways to purchase this drug, however, have you ever considered learning about its many different aspects? Have you thought about matters like safety?

As with any other medication, it’s important to know the basics about Cialis before even attempting to get your hands on it. And so, we’ve prepared this article to help you out with your search for relevant and accurate information.

The first thing you need to know about Cialis is that it’s a brand name for tadalafil. It is used not just to treat erectile dysfunction (ED), but also pulmonary arterial hypertension and benign prostatic hyperplasia. Tadalafil itself is classified as a phosphodiesterase type 5 (PDE5) inhibitor.

PDE5 inhibitors prevent the PDE5 enzyme from destroying cyclic guanosine monophosphate (cGMP) (1). This nucleotide, whenever in abundance, keeps blood flowing into the penis. And as you know, erections can only occur when enough blood stays in the penile region.

Other drugs that act as PDE5 inhibitors, and therefore are also used for ED treatment, are sildenafil, vardenafil, and avanafil.

A Bit on Tadalafil History

The ICOS Corporation started the testing of a chemical called IC351. It began testing the chemical on cardiovascular conditions in 1993.

IC351 was patented in 1994, and the first phase of clinical trials started in the following year. Phase II clinical trials began two years after—this time on patients with ED.

In 1998, the ICOS Corporation, along with another pharmaceutical business Eli Lilly and Company, started the marketing venture of the new PDE5 inhibitor.

Tadalafil was born in 2000 when a new treatment application was put forward for the IC351. The drug was named under the generic name tadalafil and the trade name Cialis (2).

Cialis Versus Other ED Drugs

According to an NCBI review published in 2008, tadalafil is among the most versatile PDE5 inhibitors, particularly in the treatment of ED (3).

The report pointed to the fact that the drug’s greatest advantage is its long half-life (17.5 hours). This allows patients to conveniently schedule their intake in relation to planned sexual activity.

For on-demand dosing, the drug has a long therapeutic window while for once-daily dosing, it stays in good amounts in the bloodstream.

If you experience any of the following, call your doctor right away:

Side effects for daily dosing are generally mild (4). Still, since Cialis has a relatively long half-life, its side effects are also longer in duration than those of drugs with shorter half-lives.

Cialis can stay active for up to 36 hours after dosing. It’s also rather potent regardless of the severity of ED and the patient’s age (5).

Where to Buy Cialis?

In most places, Cialis is classified as a prescription only.

This means you’ll have to visit your doctor and get a prescription before going to a nearby pharmacy.

Some companies offer the ED drug through the web, albeit still requiring consumers to either provide a prescription or acquire a prescription online. A few firms seem to sell Cialis and its generic counterparts prescription-free.

There’s a higher risk involved when buying medication online as you might have to worry about fakes and lack of quality control. Generic alternatives to Cialis (e.g. BlueChew) are expected to increase in number though since Eli Lilly and Company’s patent has already expired.

Interestingly, it’s likely for tadalafil to soon become available over the counter, despite some real concerns on safety concerning patient behavior (6).

Getting Tadalafil: Caution is Key

Even if you know where to get tadalafil, make sure to check with your doctor first about whether your body is ready for the ED drug. Depending on your health, you might be required to undergo some tests—including those that focus on blood pressure and heart health.

“Where to buy Cialis?” isn’t the most critical question when you’re looking to fight back against ED. Instead, do your best to find out if it’s really the right medication for you.

If you have any other questions about ED and the medications for it, don’t hesitate to post them below—we will do our best to answer them.