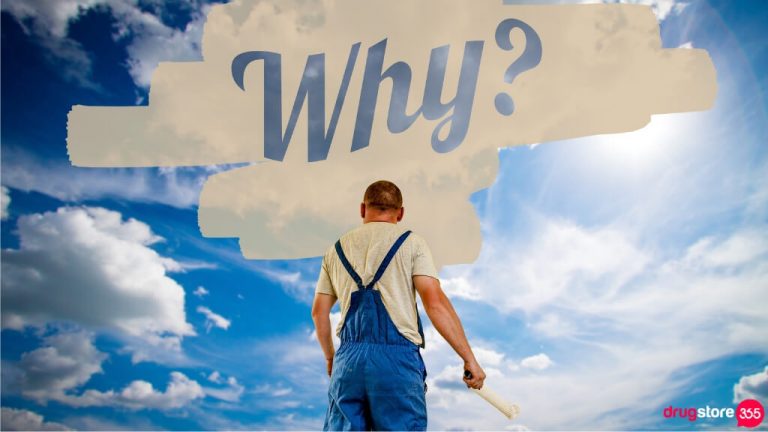 Many with erectile dysfunction seek effective and affordable ways to eliminate this condition. Lots of medication options are available, and one of them is Cialis.

While this drug is highly effective, this question still stands: why is Cialis so expensive compared to its other counterparts?

This article will enumerate the top reasons why Cialis is more expensive than its fellow erectile dysfunction medications. We’ll also give a few tips on how to save money when purchasing the drug.

What Does Cialis Do?

Cialis is the brand name for tadalafil, a medication initially developed by the company ICOS in 1991. It showed promising effects on treating erectile dysfunction; hence it received FDA approval in November 2003.

Cialis is classified as a phosphodiesterase type 5 (PDE5) inhibitor medication. It works by blocking the metabolism of PDE5 in the penis, leading to vascular relaxation and increased blood flow. This improved penile blood flow leads to a successful erection (1).

Why Is Cialis So Expensive?

Most doctors prescribe Cialis at a typical strength of 10 mg daily. Now, a bottle of 30 pills with 10 mg Cialis costs approximately $650 to $1,800, depending on where you buy it.

Cialis does cost significantly higher compared to its counterparts. Viagra costs up to $1,400 or less per bottle, while Levitra is around $500 per bottle.

Cialis belongs to the same drug family as Viagra and Levitra. It works just the same as those two, and all of them are equally effective in treating erectile dysfunction.

So, why is it that Cialis is such a pricey drug compared to them?

1. Cialis stays longer inside the body.

Medications have a property called a half-life. It is time it takes to shed half of the starting dose. A long half-life means that the medication stays longer inside the body.

Cialis’s long half-life makes it an ideal candidate for once-daily medication dosing (4). Patients don’t need to take repeat doses of other ED drugs because one dose of Cialis taken once daily should do the trick.

You can take one dose of Cialis, and its effects will last for up to 36 hours. This might be a good choice if you’re not fond of on-demand dosing (taking medication as needed), which is how other ED meds are taken.

2. Cialis has milder side effects.

Studies have shown that Cialis has side effects that are not as serious as those produced by other ED medications.

In a study involving 268 men, only the following side effects were experienced (5):

Another study done on 493 men showed almost similar side effects with Cialis use for 18 to 24 months (6). The researchers did not see significant adverse effects on most of the participants.

Cialis also carries a significantly lower risk of eye damage compared to other ED medications. It’s because Cialis, as a PDE5 inhibitor, does not affect the activity of PDE6—a substance found in the retina (7).

This is in comparison with Viagra, which caused reported visual changes leading to retinal toxicity and damage (8).

3. It took Cialis years under development before being approved.

Pharmacological research company ICOS initiated the discovery and development of Cialis (9). The medication underwent numerous clinical trials, which necessitated a lot of financial resources over time.

By the time Cialis got its FDA approval in 2003, the company handling it (now known as Lilly ICOS LLC) needed to set a price that would allow them to gain profit before the drug patent expired.

Saving Up on Cialis

Did your doctor prescribe Cialis for your erectile dysfunction? Worry not, because there are ways to save more on buying your medications.

Buy a 3-month supply in one go.

If you have been taking Cialis for a while, ask your doctor to give you a prescription for a 90-day supply of pills. Some manufacturers and pharmacies offer discounts for medications bought in large quantities.

Search through the web, and you’ll find some sites offering coupons to be used online or in physical pharmacy stores.

Cut your pills into smaller portions.

Are you taking only 2.5 mg or 5 mg of Cialis? You can ask your doctor to prescribe 10 mg, then buy the 30-day bottle of 10 mg pills and cut them into halves or fours, depending on your dosage.

Get the generic version.

Check out BlueChew or HIMS as a more affordable treatment.

The Takeaway: Why Is Cialis a Pricey Drug?

There are three top reasons why Cialis is a pricey medication:

Why is Cialis so expensive compared to other ED medications? Because it’s more effective and safer for daily use. If you have additional questions about managing the financial burden that comes with ED, let us know by leaving a comment below.