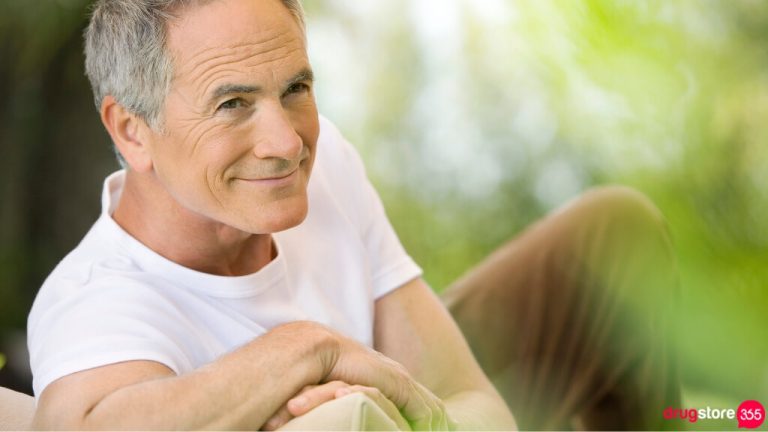 Are you a long-term Cialis (tadalafil) user who suddenly felt that the medication isn’t working well for you? Maybe you’ve noticed a decline in your erections despite taking Cialis for several years. So, does Cialis lose effectiveness over time?”

Erectile dysfunction (ED) is a bothering condition that can ruin your intimate life if not managed well.

This is why many choose to take medications such as Cialis. The drugs work for them for a while, but when the symptoms start creeping back, they lose faith in the treatment and their self-esteem drops.

Most people will immediately think of Viagra (sildenafil) the moment ED is discussed. However, other medications can treat the said condition apart from the well-known Viagra. Cialis is one of them.

Cialis is considered as Viagra’s cousin. Its generic name is tadalafil, and it belongs to the PDE5 inhibitor drug classification, similar to Viagra.

Cialis treats ED in a similar way that Viagra and other PDE5 inhibitors do. The medication improves blood flow to the penis, thus helping cause an erection.

However, what makes Cialis unique from other PDE5 inhibitors is its molecular composition. The chemical structure provides lesser side effects and enables Cialis to work and stay in the body for 24 hours after intake (1).

How an Erection Happens

It is essential to learn how a normal erection happens to fully understand how Cialis works in patients with ED (2).

Cialis is a PDE5 inhibitor, meaning that it stops the release of PDE5 enzymes during sexual arousal. Without PDE5 enzymes around, cGMP is not destroyed, and it continues its work of controlling the blood vessels and allowing more blood to fill the penis.

But How Effective Is Cialis?

Studies have shown that Cialis is a highly effective medication for managing ED.

Results showed that there was a higher percentage of successful intercourse attempts 24 to 36 hours after taking 20 mg of Cialis. The medication was well-tolerated, with rare incidences of side effects like headache and dyspepsia.

These studies have demonstrated that Cialis is indeed beneficial for men experiencing ED. An added bonus is that it causes less side effects than other similar medications.

Does Cialis Lose Effectiveness Over Time?

It is highly unlikely that Cialis will lose its effectiveness over time.

Cialis has a half-life of around 18 hours, which means that it would take 18 hours for 50% of the drug to be excreted from the body (5).

This proves that Cialis stays longer in the body and can thus extend its effects longer than other medication. For instance, Viagra is known to have a short half-life of 3 to 5 hours, while Levitra has around 5 hours (6).

The effects of Cialis in men who received low-dose Cialis were no different from those who took 20 mg daily, suggesting that low doses taken over a long period can be an alternative to on-demand treatment plans with higher dosages (8).

These three studies prove that Cialis maintains its effectiveness at least up to 2 years of continued use, without causing significant side effects.

Cialis is a safe and trusted medication; you can regularly take in low doses to halt your ED symptoms and bring renewed self-esteem and sexual satisfaction.

Why Is Cialis Not Working for You?

While it’s clear that Cialis works well for long-term ED treatments, there might be instances that you feel the drug has no effect. Certain biological factors may contribute to this, such as:

Surprisingly, men experiencing ED also tend to have hypertension and other cardiovascular diseases. ED itself is actually accepted as a vascular illness of the penis’s smooth muscle cells (10).

Hence, if Cialis doesn’t seem to improve your ED symptoms, it’s time to check for worsening cardiovascular conditions as an underlying cause of the ED.

Aging men naturally produce less of the male hormone. However, underlying conditions such as diabetes or pituitary tumors may cause testosterone levels to decline in younger individuals.

Call it cliché, but Cialis might not be working for you if you lead an unhealthy lifestyle. Poor eating habits, obesity, smoking, and alcohol consumption may worsen the vascular symptoms you experience with ED.

Cialis needs to work doubly hard to help you achieve your expected results, but switching to healthier habits may bring back the medication’s full potency.

The Takeaway: Does Cialis’s Potency Decline and Is It Worth Taking for Long-Time Use?

Cialis is a safe and effective drug for treating erectile dysfunction. Some studies, both short- and long-term have proven this fact.

The main points over the debate about whether or not Cialis worthily remains a potent long-term ED medication include the following:

The definite answer to the question “does Cialis lose effectiveness over time?” is a big no. It stays active even if taken in low doses daily, and so there might be an underlying medical condition affecting you if you feel that Cialis isn’t working.

If you have other questions about the ED drug’s potency and use, just leave a comment below, and we’ll get back to you as soon as possible.