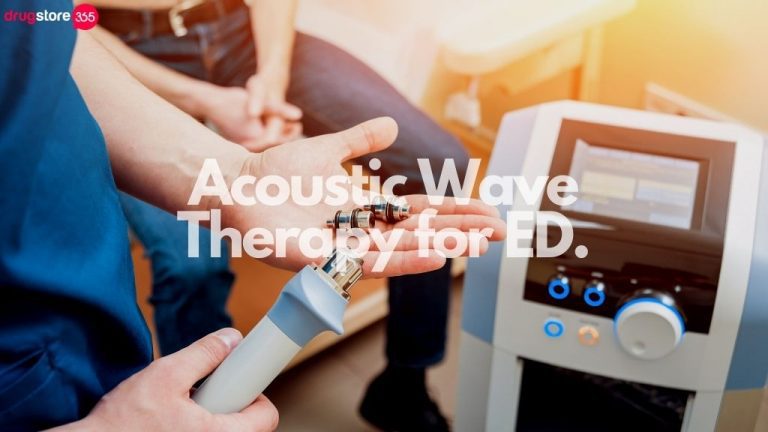 Erectile Dysfunction (ED) is a stressful male sexual dysfunction that affects relationships all around the world. Its high incidence has led to the discovery of various conventional treatment methods to improve sexual performance.

Acoustic Wave Therapy is a safe, promising, non-invasive, and a possible breakthrough treatment for ED. However, some queries are associated with the treatment method, which requires a basic understanding of the disease itself.

ED is a common male sexual dysfunction characterized by a man’s inability to achieve and maintain satisfactory penile erections. The disease affects approximately 150 million men worldwide and can present at almost any age. However, ED is more common in men older than 40 years (1).

ED is a symptom and not a disease, with various underlying causes. Various organic, relational, and psychological factors contribute to EF, deteriorating one’s quality of life, leading to depression and anxiety.

Causes of ED are broadly classified into following categories (2):

Acoustic Wave therapy is known to be effective for ED of vasculogenic cause due to impaired blood flow to the penis.

What Is Acoustic Wave Therapy?

Acoustic Waves are Shock Waves that carry the energy and can be used to target distant anatomical structures non-invasively.

Acoustic Wave Therapy, also known as low-intensity extracorporeal shock wave therapy (LI-ESWT), is a modern and non-invasive treatment modality for ED. When LI-ESWT is applied to an organ, it causes mechanical stress and trauma, inducing the release of angiogenic factors and subsequent neovascularization (3).

The angiogenetic properties of LI-ESWT are used for the management of:

Acoustic Wave Therapy is a non-invasive and game-changing modern therapy for the treatment of ED. However, there is less clinical evidence to support the effectiveness of the therapy, and it is not FDA approved either. There is a need for multicenter, placebo-control ad randomized trials to ensure the safety and efficacy of Shock Wave Therapy for ED.

Urologist, Dr. Hatzichristodoulou, have extensively studied the safety and usefulness of Shock wave therapy for the treatment of ED. According to him, the therapy showed very promising results, especially in ED of Vasculogenic cause (4).

FDA Has Not Approved Acoustic Wave Therapy for ED

Although study results show promising results, the FDA has not yet approved Shock Wave Therapy safe and effective for the treatment of ED. According to experts, the treatment method is in its initial stages of research and development and isn’t ready to be widely practiced until enough clinical trials are conducted.

Acoustic Waves are shock waves that carry the energy, and when passed through a medium, they can be used to target remote anatomical structures.

The waves are administered through a wand-like device, similar to an ultrasound probe, placed near the erectile tissues (Corpora Cavernosa) of the penis for about 15 minutes. There, acoustic waves cause mechanical stress and trauma, inducing the release of angiogenic factors and subsequent neovascularization.

It improves blood flow to the penis and promotes penile tissue remodeling. Both factors enable the achievement of satisfactory erections and enhanced sexual pleasure (5).

Risks and Side effects of Acoustic Wave Therapy

Acoustic Wave therapy is painless and well-tolerated in almost all men. It does not require any anesthesia or pe-medications. Although significantly less clinical trials are available to record its side-effects or risks, the procedure cannot be entirely risk-free.

LISW has a well-documented positive clinical and physiological effect on erectile function.

It is a revolutionary, second-generation treatment method for ED that improves penile hemodynamics and erectile function of penile tissues. It is a feasible, tolerable, and rewarding treatment modality for ED that requires more research and trials.