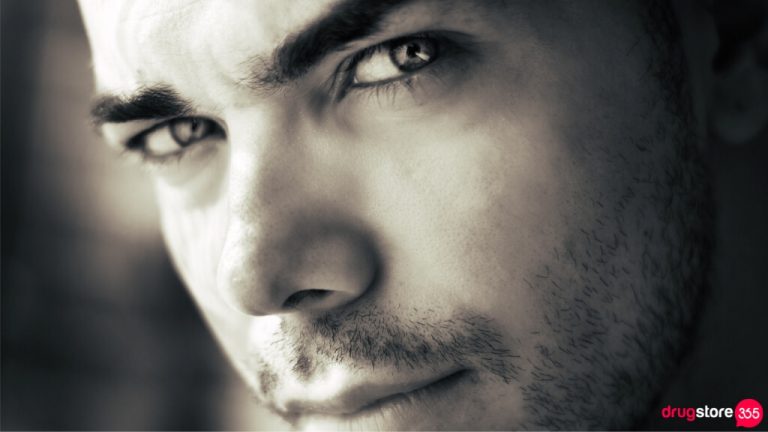 What is chewable Viagra? Sildenafil citrate, more popularly known for its brand name Viagra, is an oral medication used for the treatment of erectile dysfunction (ED).

In 2011, Pfizer introduced an innovation to its popular blue pill, which now comes in chewable form. But why did they opt to develop a chewable? Should you make the switch?

But What Is Chewable Viagra?

Viagra can be bought in doses of 25 mg, 50 mg, and 100 mg (1). It cannot be purchased without a prescription in most cases, but there are already some pharmacies in certain parts of the world that offer it over-the-counter.

It is essential to get a consultation before taking the drug to know the proper dosage. Likewise, it’s a must to learn about its contraindications and possible side effects.

Viagra has been in the market for decades, but in March 2011, Pfizer decided to launch a chewable version of the famous blue pill to cater to a bigger market. The new chewable tablet is called Viagra Jet.

It took four years for it to be developed and is finally made available initially in Mexico, which is their biggest market in Latin America next to Brazil. It’s their response to market demands, particularly from those who find it difficult to swallow a pill. Note that many patients still grind their tablets.

Over the years, other brands (e.g. BlueChew and Cenforce) also launched a chewable generic version of Sildenafil.

However, it still isn’t recommended to purchase these without a prescription. It can have serious harmful side effects, especially for those with cardiovascular health issues.

The Effectiveness of Chewable Viagra

Does making Viagra chewable alter its components and make it less effective?

Apparently not, according to a study, chewable alternatives break down better in the system and are absorbed faster by the body (2).

Medications are best absorbed in powdered form, but because of the unpleasant taste, they’re usually designed into tablets or capsules.

The coating prevents any unpleasant taste from being detected. And so, pills are typically taken by swallowing, which many don’t prefer.

Sildenafil is a drug that needs a punctual dosing schedule. This means it is required to be ingested at a particular time and used at a specific time to maximize its potential.

With the chewable being quickly absorbed, however, it can be conveniently used any time it is required. This is indeed a huge selling point, especially for medications of its kind.

A Look into Erectile Dysfunction

ED, also commonly called impotence, is the inability of a male to have and maintain an erection that’s good enough for engaging in sexual activity (3).

This is common among males in older age groups, those who are alcohol dependent, and those who have certain health conditions, making them predisposed to erectile dysfunction.

In some cases, it can also be caused by extreme stress or emotional problems.

The number one treatment for ED is medication such as Viagra or Cialis. This should also be coupled with a change to a healthier lifestyle. Some choose to take natural supplements to overcome their sexual challenges better.

How Does the Drug Work Exactly?

Viagra takes 30 to 60 minutes before it starts to take effect. It should ideally be taken 1 to 4 hours before taking part in any sexual activity. The effects can wear off after 4 to 6 hours.

When taken, the drug increases blood flow to the penis and helps it have an erection, enough for satisfaction during intercourse.

Viagra does not cause erection on its own. It requires sexual stimulation to take effect.

About Efficacy and Long-term Use

Sildenafil or Viagra is found to be a very effective and safe treatment for ED. However, its efficacy is slightly reduced for men in the older age group and those suffering from certain conditions such as diabetes mellitus (4).

Studies show that is can also treat other chronic conditions that could, later on, lead to sexual dysfunction, including lower urinary tract symptoms, idiopathic pulmonary hypertension, and premature ejaculation.

A study shows that long-term use (1 to 3 years of continuous treatment) significantly improves the ability to perform sexual activities. In a control group, 95% of the patients showed improvement.

Interestingly, those patients were not limited to a specific group or population. They were chosen regardless of age, race, BMI, and severity of the condition (ED).

Side Effects and Alcohol Intake

Very rarely, Viagra can cause significant health issues including heart attack, hearing loss, swelling of the optic nerve, painful long-term erections, and ventricular arrhythmia. These are usually triggered by an overdose in the medication.

Alcohol consumption also increases the risks of experiencing these side effects. As a rule of thumb, it is not advisable to take alcohol with any type of medication due to possibly harmful interactions (5).

It can cause loss of coordination, making it dangerous to drive, operate, or heavy equipment. In other words, it could become challenging to function mechanically.

Note that alcohol, when taken with the ED drug, may likewise cause vomiting, headaches, nausea, drowsiness, fainting, breathing difficulties, and heart problems.

And as you may notice, some of these are known side effects of Viagra itself.

Alcohol is commonly mistaken as an aphrodisiac because it takes away social and sexual inhibitions.

This, however, is far from the truth, because it is a central nervous system depressant that reduces sexual performance.

The discussion here is mainly focused on the leading brand created by Pfizer.

Other options do exist, which should have roughly the same qualities as their brand-name counterparts. Nonetheless, purchasing generic sildenafil without a doctor’s prescription is not recommended.

Chewable Viagra is shown to be a practical, convenient, and effective medication for the treatment of ED, without any other additional side effects rather than those already associated in the regular tablet form.

What is chewable Viagra? Now that you know the answer to that, you’re probably thinking of other questions that have crossed your mind. Well, don’t hesitate to tell us about them by leaving a comment below.