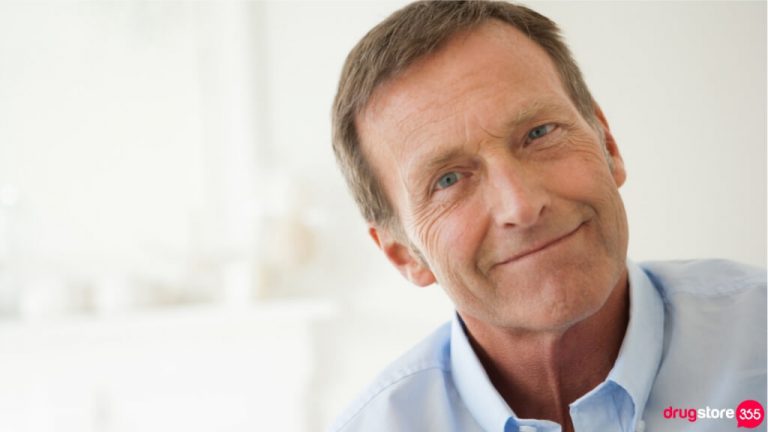 First released in 1998, it was meant to be used for treating cardiovascular diseases, but it had an unexpected side effect—erection.

So, what happens when you take Viagra?

Like many others, you probably want to know the specifics before actually giving the pill a try. Well, in this article, we aim to answer that question—and we’ll also give you insights on other important points.

What Happens When You Take Viagra?

When more blood flows into the penis, the corpus cavernosum fills up with blood. This results in an erection (1).

How Quickly Do the Effects Manifest?

Some report getting an erection within 12 minutes of taking the pill (2). However, an erection is usually achieved on an average of 27 minutes after intake. The maximum concentration of Viagra in the blood occurs at 57 minutes after ingestion. This is also when the effects are at peak strength.

Hence, it’s recommended to take the pill an hour before sexual activity so that when the effects are at peak, sexual activity is well underway. Some men might experience the effects about four hours after taking the pill. This all depends on individual physiological and psychological states.

Viagra has a short lifespan in the body. About half of the medication will be gone from the blood four hours after taking the pill.

Do Erections Really Last for Hours?

In some men, Viagra can still work 10 hours after taking the pill. However, this doesn’t mean that erection is consistent from the time it took effect up until 10 hours after. Besides, that’s not a good sign.

A continued erection beyond four hours is called priapism. This needs immediate medical attention as penis tissues can become damaged. Blood inside the penis does not circulate back into the main bloodstream. Hence, this blood is devoid of nutrients and oxygen.

What Viagra does is help increase blood flow to the penis during sexual arousal. It does not produce the erection on its own. It just helps keep the smooth muscles relaxed to allow the penile erectile tissues to receive more blood, but only if there is sexual arousal.

Without sexual stimulation, an erection might not occur even with higher doses of Viagra.

How Long Do the Effects Last?

Typically, Viagra stays in the blood for around ten hours, sometimes lasting up to 12 hours (3). This can mean having several erections while Viagra is still in the bloodstream.

The pill’s effects peak at around 60 minutes—but after ejaculation, the penis should return to its flaccid state. Again, sustained erection longer than four hours requires medical attention.

Another erection right after sex may not always be possible. It’s not because Viagra is no longer working. It’s just the normal refractory period. This may take a few minutes, hours, or even days before the penis is ready for another one. This depends on the person’s physiologic constitution.

How long the drug remains in the body and exerts its actions depend on a number of factors:

How much Viagra is taken determines how long the drug stays in the bloodstream. The standard dose is 50 mg (4). It won’t last as long as the maximum dose of 100 mg.

However, it isn’t recommended for anyone to take larger doses just so the drug can last longer in the blood. It is also highly discouraged to take several pills in one day just to help get an erection several times.

Metabolism slows down as a person grows older. Hence, Viagra is metabolized slower in older men, making it stay longer in the body.

Some medications affect the metabolism and action of Viagra in the body. Examples of these include antibiotics like erythromycin, ciprofloxacin, and clarithromycin. Antiretroviral drugs also affect the absorption and metabolism of Viagra (5).

Eating a large meal or high-fat meals before taking Viagra slows down its metabolism. It will take a longer time for Viagra to take effect. This also makes Viagra stay longer in the blood.

Erection is mostly a result of a psychological state rather than a physiological response. That simply means if you’re in the mood for sex, you will have an easier time getting and maintaining an erection compared to when you’re not.

Existing medical conditions, particularly those that affect blood volume, blood flow, and blood pressure, can keep Viagra from reaching its peak effects (6). Diabetes, hypertension, and atherosclerosis are just a few examples of these conditions.

Illnesses involving the nervous system may affect Viagra’s performance as well, such as multiple sclerosis (MS). Other health issues that can affect ED and Viagra’s actions include metabolic syndrome and obesity.

Lifestyle also has an impact on how well Viagra works. Things like alcoholism, lack of physical activity, and smoking may actually prevent the pill from providing a satisfactory result.

The results you get from the popular ED drug depends on many factors, such as the dose you’re taking, your age, your existing medical conditions, the medications you’re on, and your psychological state.

That shouldn’t be surprising though, given that Viagra works in a fairly simple (and limited) manner—it blocks PDE5 from breaking down cGMP, which in turn keeps the penis’ smooth muscles relaxed and capable of letting blood pass.

What happens when you take Viagra? Well, there’s your answer. If you have other questions or you’d like to tell us about your experiences in taking the popular ED drug, leave us a message in the comments section.